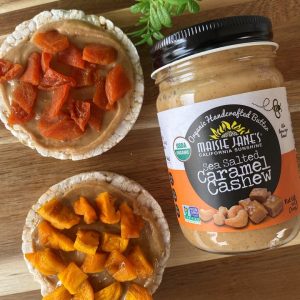 Snack time is a given at Maisie Jane’s. It’s one of the perks of the job! We’re always coming up with new ways to enjoy our dried fruits, nut butters and natural nuts at break time and we love to share our ideas with you. Our team mate Cari came up with this one. We […]

Three digits in the valley today, sigh. But soup is still on the menu. Heirloom tomatoes are now in season and I can’t stop buying or eating them! When they get too soft to slice, I make gazpacho, the Spanish cold soup that’s like a salad in the blender, but better. The addition of ground Maisie […]

Walnuts don’t stick around long at our house. Sometimes I have to hide them from certain sneaky snackers in order to have enough on hand for a recipe. But as snacks go, walnuts are one of the healthiest choices; protein-rich and with the highest amount of Omega-3 fatty acids (plant-based, the kind that’s ready to […]

Today, I mined my own personal cookbook where I have handwritten recipes written down from various friends from years ago. It was a wonderful nostalgia trip, and over and over I kept thinking “why haven’t made this recipe lately?” But now that we’re all thinking about staying closer to home it seems like the perfect […] 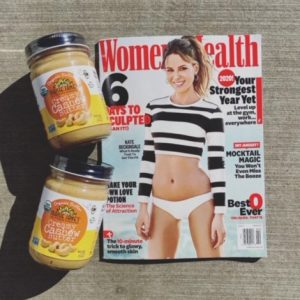 We’re celebrating! Maisie Jane’s Creamy Cashew Butter (Organic Creamy Cashew Butter) was featured in Women’s Health Magazine this month! And to celebrate we’re giving away a jar of our organic version–pop over to our Instagram to learn more!! (@maisiejanessunshine ) If you’re not familiar with cashew butter yet, you should definitely try our nothing-but-nuts cashew […] 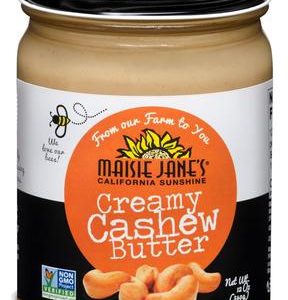 How to Save Dinner with Almond Butter 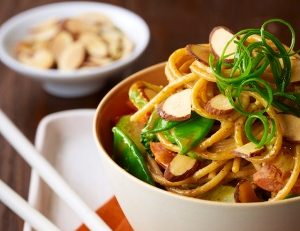 A few nights ago I wanted something healthy but was feeling too lazy (and hungry!) to go grocery shopping. I found some chicken in the freezer and a few not-very-inspiring vegetables in the crisper. It would be healthy, I guess, but BORING! Not enough variety in the veggies and not enough flavor to suit my […]

50% Off Sale on Chocolate Hazelnut Butter!!! 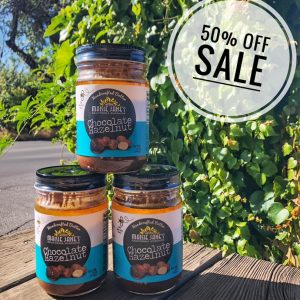 Don’t miss this opportunity! Our fabulously delicious Chocolate Hazelnut Butter is 50% off while supplies last. The idea behind this delicious treat was to have the hazelnuts shine and not be as sweet as similar chocolate nut butter spreads. You’ll still be tempted to dig in and eat it with a spoon but it contains […] 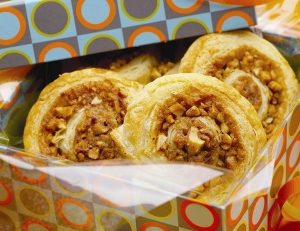