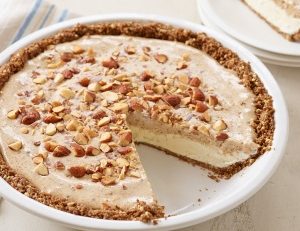 Did you know that Maisie Jane’s sells the best homemade pies in town? Yes! Auntie’s Almond Butter Pie, Chocolate Hazelnut Creme Pie, Chocolate Truffle Cheesecake and three different kinds of ice cream pie. (My favorite is the Java Crunch.) If you live near Chico, CA come on by our sweet little country store at 1324 Dayton […] 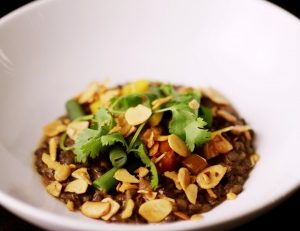 Last night I rediscovered my love for Dal, an Indian staple food made from lentils or other legumes. It’s kind of like a soup although I often just ladle it over some rice and dig in! What I like about it is the comforting nutritious quality of the dish. You can make it as spicy […] 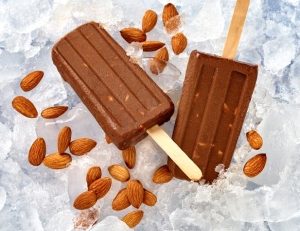 The temperatures have soared into the triple digits here in Chico, as it does every summer. That means it’s homemade popsicle time! I discovered how easy it is to make homemade popsicles last year when I came across some popsicle molds at the local Dollar store. Puree your favorite fruits, add yogurt, coconut milk or […]

Celebrating the Red, White and Blue with Fruit Pizza with Almond Crust (Recipe) 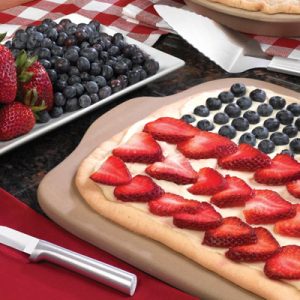 The Fourth of July is coming and I just had to share this recipe! Wouldn’t this Red, White and Blue Fruit Pizza look wonderful on your picnic table? Delicious, too, and gluten-free with a tasty coconut almond crust! Fruit Pizza, of course, isn’t a pizza at all in the traditional sense. It uses something more […] 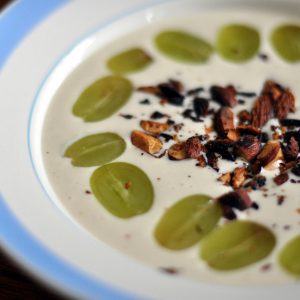 It’s officially summer in Chico, CA and that means the temperatures have been soaring to above 100ºF. Yikes! Time for something cool and refreshing for dinner. How about some cold Almond Soup? Doesn’t sound good? Then you haven’t tried Ajo Blanco, a traditional Andalusian soup from southern Spain! This soup dates back almost seven centuries […]

Three Delicious and Easy Ways to Use Cashew Butter 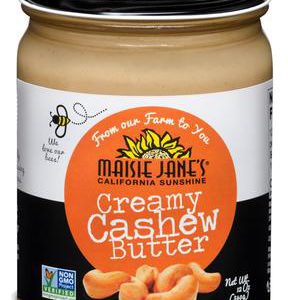 Have you tried our Creamy Cashew Butter or Organic Cashew Butter yet? Almond and peanut butters are the king and queens of the nut butter world—everyone knows how wonderful and versatile they are. So sometimes lesser known cashew butter gets overlooked. But cashews and cashew butter are so good for you and so useful, you […]

Make Your Own Almond Milk for Yummy Smoothies 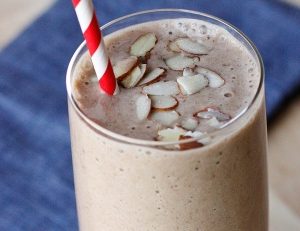 Have you discovered almond milk? I love it! It’s a dairy- free, soy-free choice that is great for vegans or anyone wanting to try something new. But, for me, the store bought varieties sometimes leave a lot to be desired. I’m on a low-carb diet and almonds are very low carb so that would seem  […] 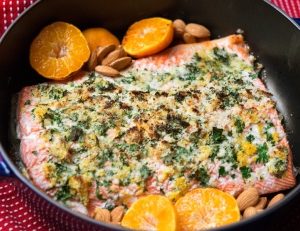 I made salmon dipped in almond meal for dinner last night and it was SO delicious I thought I’d share the recipe with you. But it’s barely a “recipe.” Take your fish, dip it in a beaten egg, and then in almond meal. Then bake it or fry it or grill it and enjoy! But […] 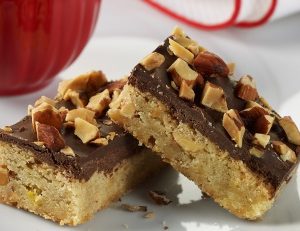 Old-fashioned shortbread is one of my favorite desserts—easy to make, easy to eat, and a nice simple base for toppings or dipping into nut butter or other delectable treats! But now that I’ve been introduced to California Shortbread Bars, I might never go back to my old stand-by! Imagine shortbread layered with chocolate and chopped […] 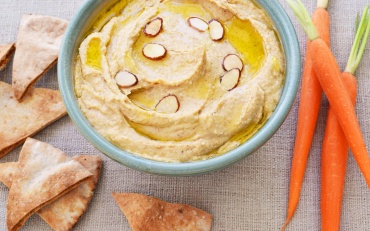 Many years ago I lived just a few short blocks away from a Mediterranean foods restaurant that served wonderful dishes from Greece and the Middle East. One of my favorites was Falafel with Hummus dip, salad and pita bread.  Today I’m more likely to buy frozen Falafel at the grocery store (although this recipe from […]